Tatjana‘s world record-breaking gold medal in the 200m breaststroke last week at the 2021 Olympic Games held in Tokyo, Japan was special for so many reasons. Firstly, it was the first time a South African female swimmer has stood atop the podium at any Olympics since 1996. Secondly, it was earned at such a pivotal point in South Africa’s history, during which unimaginable suffering is prevalent and a moment to escape was welcomed by all.

We all watched last week with bated breath as 24-year-old South African swimming sensation, Tatjana Schoenmaker, looked set to make history at the Tokyo Aquatics Centre. After setting a stellar Olympic record in the 100m breaststroke, we celebrated her silver medal in the final. But going into the final in the golden lane in the 200m, we couldn’t help but hope for a step up on the podium.

And she didn’t disappoint. Not only did she do one better than the silver medal, but she surpassed the Olympic record, setting a new world record, smashing the previous mark set in 2013.

It has been a long wait, but that’s over now

We have waited 25 years for a gold-medal-worthy performance from a South African female since Penny Heyns recorded a historic double breaststroke gold in Atlanta 1996. It has always been a puzzling scenario, as so many talented female age group swimmers compete in South Africa, lighting up the pool.

Conference upon conference, South African coaches have been trying to answer the question: “Why don’t most South African female swimmers move past age group competition and into the international arena?”. Is it to do with poor swimmer management at younger age groups? Is it to do with insufficient swimmer support as they progress from age group to senior swimming? Tatjana has certainly given us a solution – I don’t know it yet, but coach Rocco Meiring will surely share it with fellow South African coaches in the months to come.

Growing up a swimmer, I was always in awe of the incredible talent among the female swimmers in my age group. Regular South African age-group records were broken and one never knew which hand would hit the wall first. Sadly most of these female swimmers moved away from swimming as they completed their age group swimming careers. Some decided to pursue college swimming moving to the United States on ivy league swimming scholarships. However, these incredibly talented ladies didn’t go on to represent South Africa at international competitions.

Tatjana’s achievement inspires hope and determination in the minds of South Africa female swimmers. The country has been gifted an incredible talent, a humble role model to move the sport into a new era of high performance. An era in which female swimmers enter the international scene, spur each other on and celebrate each other’s success.

The scenes post the Olympic gold world record swim (a mouthful, I know), during which her fellow South African, Kaylene Corbett, and Americans Lilly King and Annie Lazor, swam to lane number four and celebrated with the overwhelmed Tatjana was an incredible sight to see. It provided a visual representation of the essence of competition – striving together.

Occasionally, the word competition gets a bad rap. It’s seen as a pressure inducing, rivalry fostering scenario in which people look to outdo each other. But the spirit of competition, in its truest form, is what propels us forward, allowing us to reach heights we never knew possible.

It’s been a really tough couple of years. We have found ourselves in the midst of a terrible pandemic spreading across the world decimating businesses and resulting in the loss of so many lives.

South Africa has been particularly hard hit. After a year and a half of seemingly never-ending lockdowns, South Africa’s dire economic situation was demonstrated for all to see during the recent riots and looting. It was a dark, dark time in South Africa’s new democracy and one we hope never to be repeated.

I myself was caught up in the riots. In a small apartment in Scottburgh, food stocks ran out as hour-long queues stood in anticipation, fuel was a luxury and every night we awaited the seemingly inevitable looting of shops and malls in the area. It truly was a frightening time.

Amazingly, inspirational South African performances happen just when we need them the most

Tatiana‘s performance was the type of unifying event South Africa needed and came just at the right time. Much like the story of Invictus, in which the Springbok team competing at their first Rugby World Cup defeated the mighty All Blacks in the final with the backdrop of an uncertain transition into democracy, Tatiana‘s performance demonstrated just the type of courage, tenacity and resilience South Africans have to offer

It is always a moment to treasure when a representative from South Africa stands on top of the podium at the Olympic games, all the while its beautiful hymn Nkosi Sikelel’ iAfrika plays as a flag representing diversity united rises above the others.

This isn’t to say that the suffering and hardships that have been experienced in South Africa have been done away with by a single swimmer’s performance on the other side of the world. It simply provides us with a moment to acknowledge the immense potential, the immense opportunities that a country like South Africa has to offer.

It allows us to appreciate the things we should be grateful for and the things that need to be improved, as we work together to realise our African dream. We are all part of the same team – a team united by the red, blue, gold, green, black and white.

When Tatjana wins gold, we win gold.  When Tatjana proved that it’s possible to overcome the pinnacle of adversity in sport, she proved that we can all rise above our own challenges to build a better nation, one that is more inclusive and one that can compete against giants and win.

We’re so proud of your achievement, Tatjana

We know a gold medal at the Olympics changes one’s life forever, but the resilience, humility and tenacity you have shown give us confidence that you’ll be an incredible ambassador for South African swimming specifically and humanity more broadly. 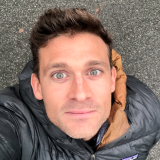 Drastically Improve Your Swimming By Increasing Your Distance Per Stroke